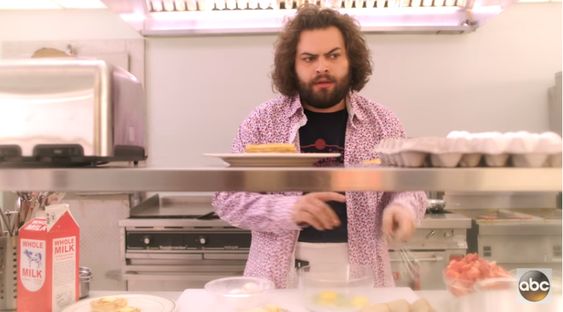 Agent Carter had such a special place in the hearts of creators, Tara Butters & Michele Fazekas that they added the voices of the actors into a special scene in their new ABC series, Kevin (Probably) Saves the World.

Butters said:  Agent Carter "was so much fun. We got to do the show that we wanted to do. I’m super proud of that show, and I think everybody that was involved in it feels the same way.”

“I also think that if we told them tomorrow that they were going to let us do an ‘Agent Carter’ mini-series, they would all sign up for it” added Fazekas.

"Butters, Fazekas and many of the actors and writers have remained in close contact since the show wrapped up in 2016, on a text chain that often sees weekly communication. So when the idea came up to bring some of them on “Kevin Probably Saves The World,” it was an easy outreach."

“They all share our appreciation for the ridiculous, and I think that was helpful,” Butters says.

“Everyone is all over the world, everyone has different jobs, and this is something that is really easy to do,” says Fazekas. “Even if you’re working, even if you’re somewhere halfway across the globe, you can go to some facility, record a couple of lines and leave. It’s not a big commitment, so that’s sort of also what made it ideal.”

In the opening scene of last night's episode,  Tyler (Dustin Ybarra) reads a letter from his Canadian love, when he has a moment of fantasy and some of the breakfast food start talking to him.

"James D’Arcy voices a pat of butter on an English muffin, Enver Gjokaj embodies a milk carton, and Wynn Everett plays a pancake."